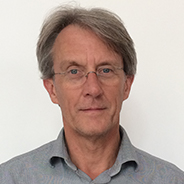 Lex then joined the Dutch Medicines Inspectorate and for nearly 10 years worked as a GMP inspector including the position of senior GMP inspector specialising in sterile and biological manufacturing. During his career as a GMP inspector, Lex performed many inspections of pharmaceutical companies, mainly in the Netherlands but also a significant number in the USA.

Since 2002 Lex has been working as an independent consultant, advising pharmaceutical companies on quality and GMP-related issues, performing audits and organising seminars and training courses.